<Back to News
News from Foundation Stage & Key Stage1;

Back in September, at the beginning of the academic year, the children and teachers in FS1 began the countdown for 100 Days of School. During the first term this seemed to be so far into the future, but in each class the children continued to mark off the days. Then the 100th day was only a week away and with the promise of a celebration party, the excitement soon grew.

To begin we decorated our entrance area with 100 numbers, all of which were enthusiastically decorated with great care by the children. Then finally the day we had been anticipating was here! We had completed 100 days of school and were definitely 100 days smarter.

The children came to school eagerly looking forward to the planned celebrations. All the classes were full of food that the children had brought in ready for the 'celebration dish party'.

In their classes, the children participated in various activities relating to 100, such as: 'I Wish I had a 100' poster, poetry, crowns, glasses, 100 words I now know, 100 days' picture frame, and 100 actions to name but a few.

As lunchtime drew near, preparations began for the dish party. Tables were laid and signs and decorations were added. The children happily settled down to share the party food. At the end of the day, we certainly went home 100 days smarter.

During our next FS assembly, after the event, all the children who had been in school for the full 100 days with no absences' were recognised and awarded with a '100% Attendance' certificate. Well done everyone! 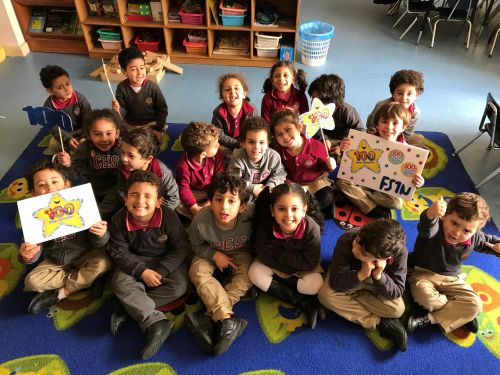 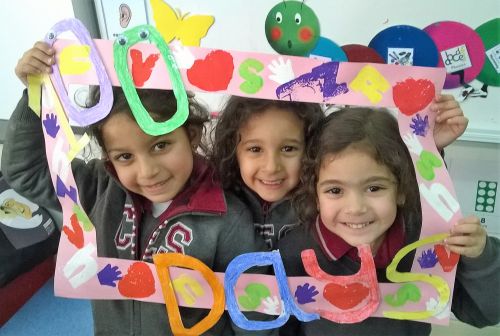 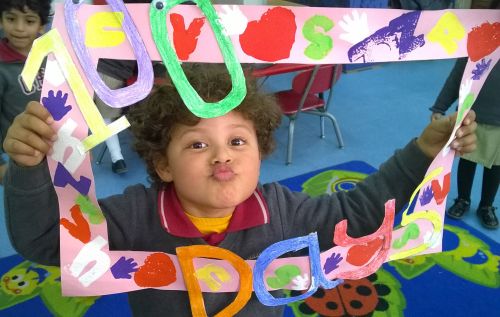 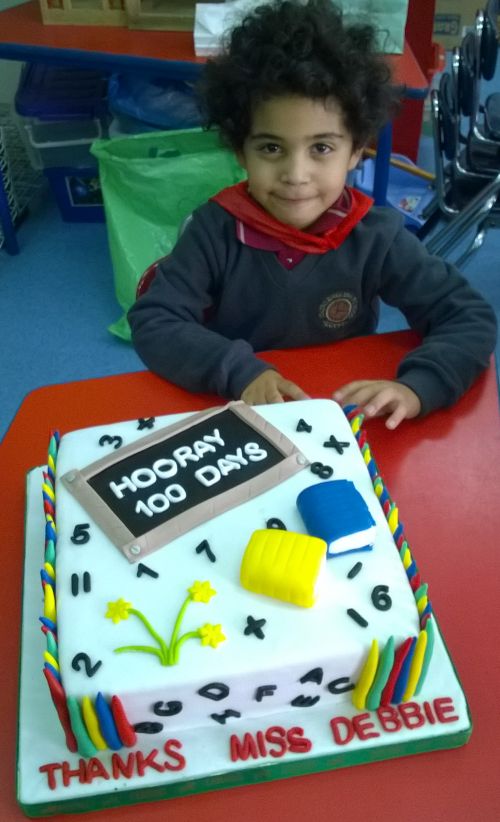 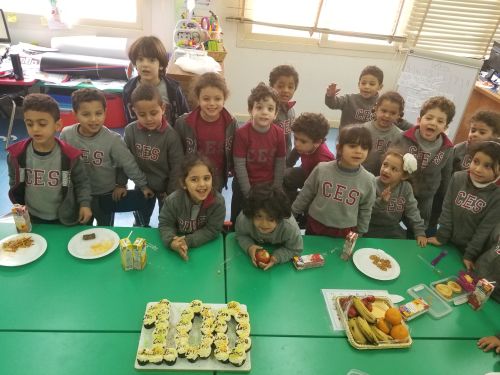 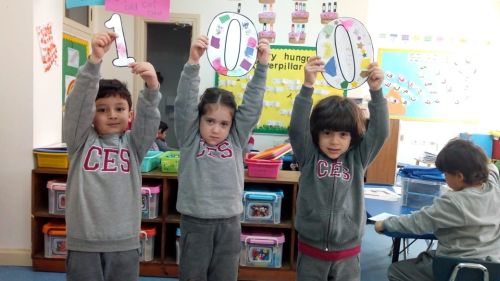 Look at what's been happening in FS2...

On Monday 18th February, FS2 celebrated a hundred days of school with all kinds of fun activities. This was a particularly special celebration for us as the children have been counting the days of school since day one. We have used this, not only as a countdown to our Hundred Days celebration, but also to introduce the children to the concepts of counting on, place value and odd and even numbers. In class, the children celebrated all the things they can now do that they couldn't do before. They wrote a hundred words, wrote their numbers up to a hundred, made crowns and certificates for themselves and talked about the things they have learnt in the last 100 days. This was all tied up beautifully by a dish party at the end of the day where children shared food they had brought from home. 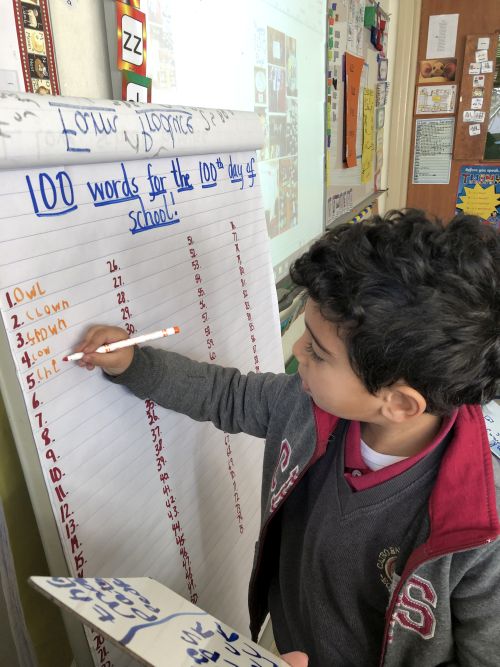 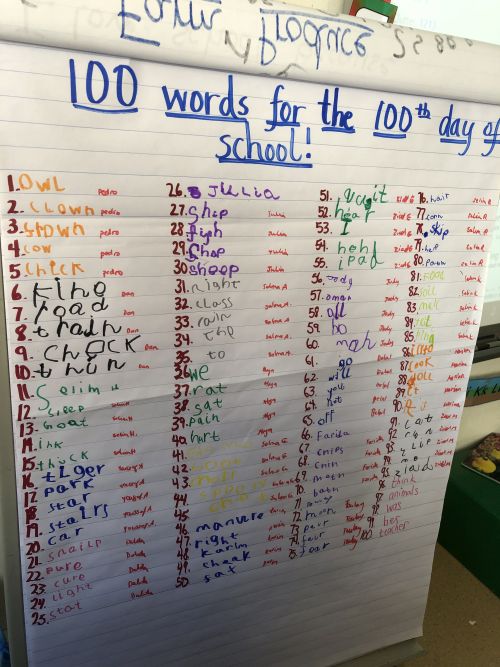 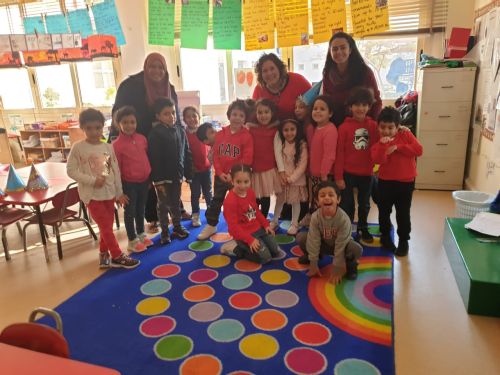 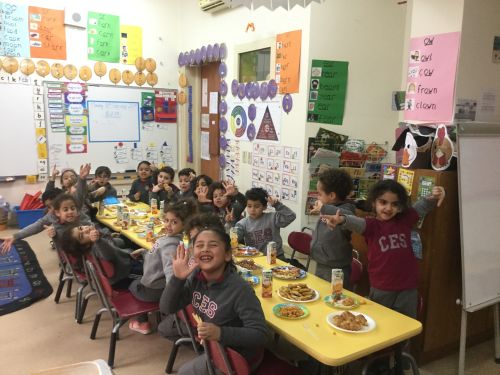 As part of our learning during our Animals topic, FS2 visited Arty Science Farm. This was a wonderful experience where children got to learn a little more about a working farm. They were also able to see, feed and interact with some of the farm animals they had been learning about in school. Children got to see wheat growing, gain an understanding of how it is turned into flour, and then have a go at making bread. This tied in beautifully with the story of The Little Red Hen, which we were sharing in class that week. Finally, the children learnt a little about what plants need to grow, the parts of a plant, and were able to plant their own wheat seeds. This leads them beautifully into their new learning about plants and flowers during our upcoming topic Blooming Marvellous! 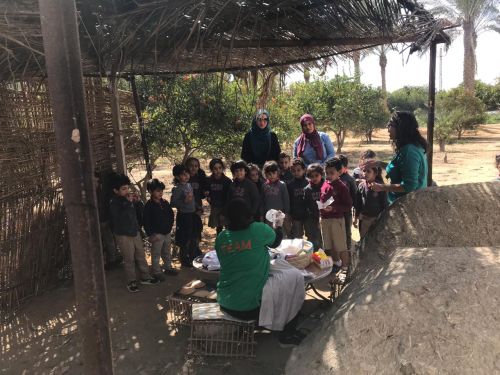 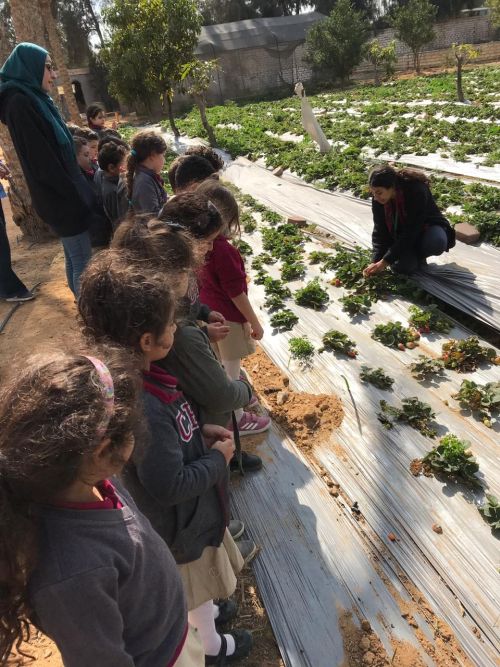 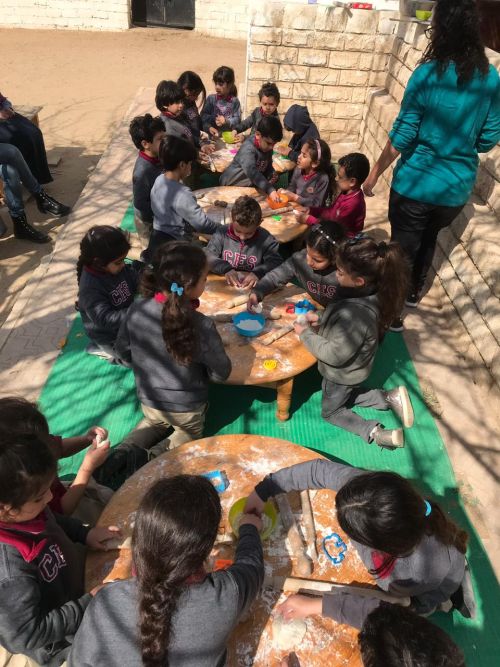 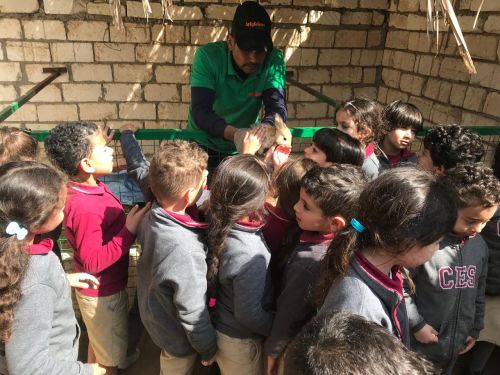 On Monday 18th February, Year 1 and 2 celebrated 100 days of school with lots of games and activities, all with a 100 theme. From estimating 100's of M&M's, walking a 100 paces at play time, trying to blow 100 bubbles, using an iPad app to make us look 100 years old, to filling our tummies with 100 shaped cupcakes ...we had a great day! It was also a lovely way to end the half term.

Well done to everyone taking part and a special thank you to those parents who really got into the spirit of the day with their 100 themed dish party contributions! 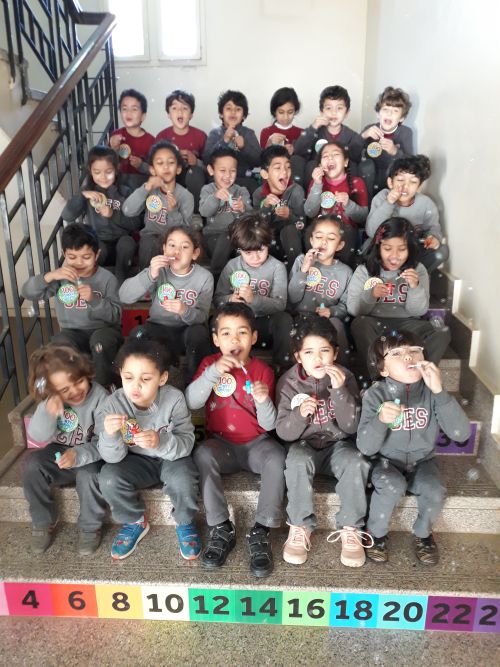 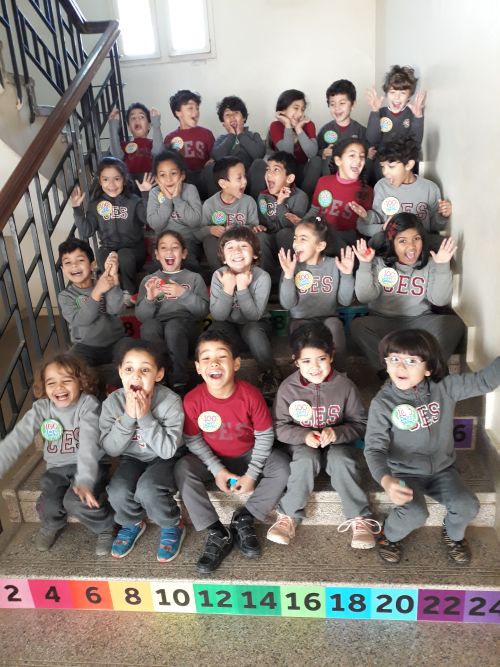 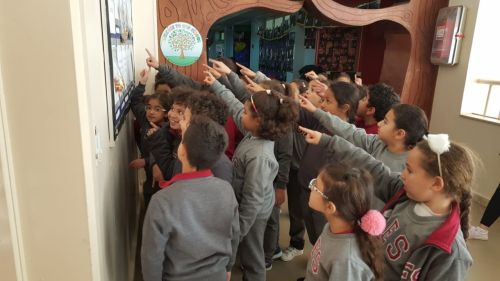 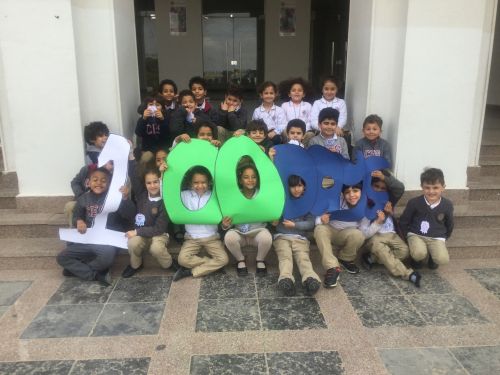 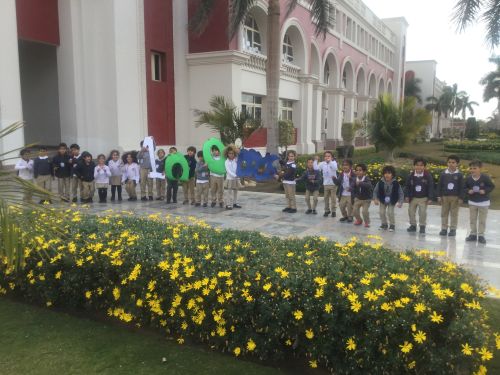 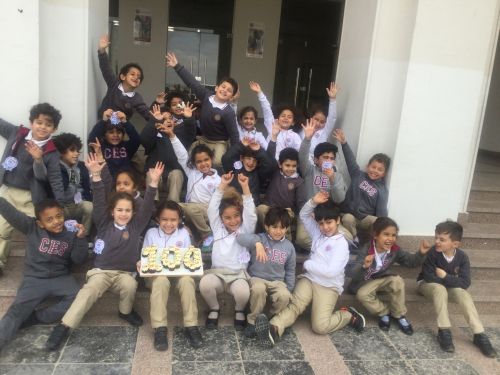 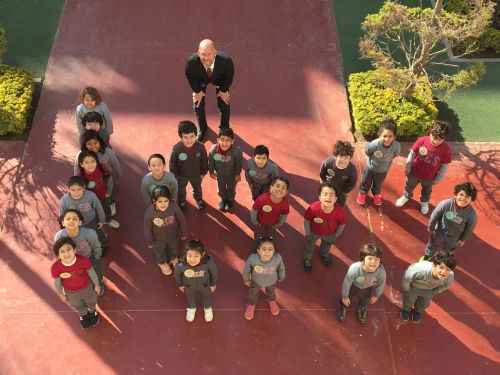 Look what's coming up in March:

FS Grandparents Story Time will be held on the 4th, 5th, and 6th March.

Our Sporting Superstars, lots of activity in February...

This week we would like to celebrate even more amazing Sporting Superstars ....

Next we have Alyah Ahmed, Y1AK. Alyah was triumphant in winning first place at the Egyptian Gymnastics Federation Championship 2018-2019, which took place on Thursday 31 January 2019. Well done for achieving gold, Alyah, you are a super star! 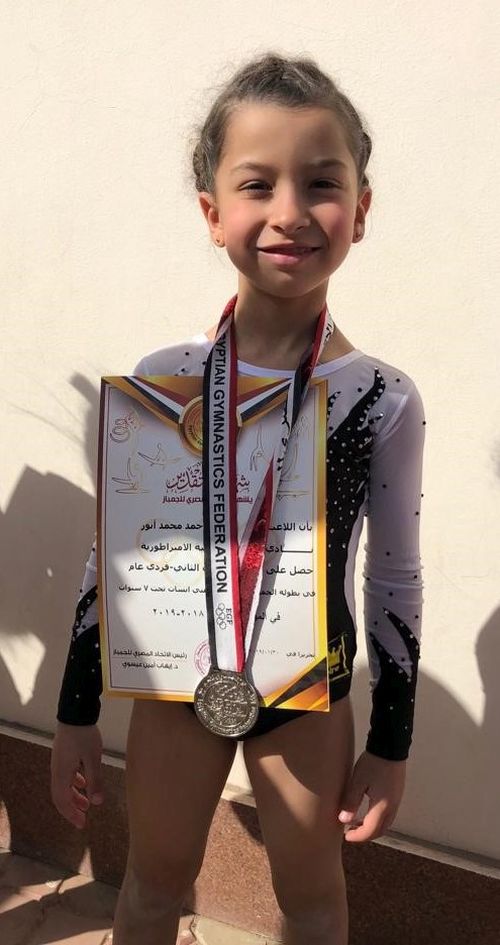 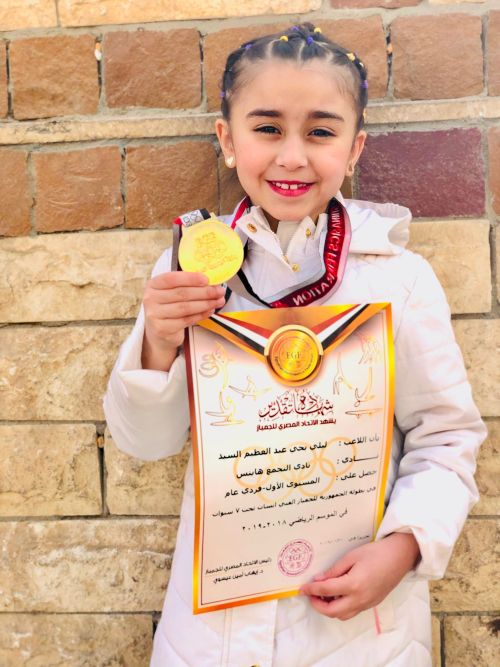 Super determination from Hana Saada, Y2MM, who only joined the national competition for artistic gymnastics this year, in achieving a silver medal for her wonderful gymnastic display! 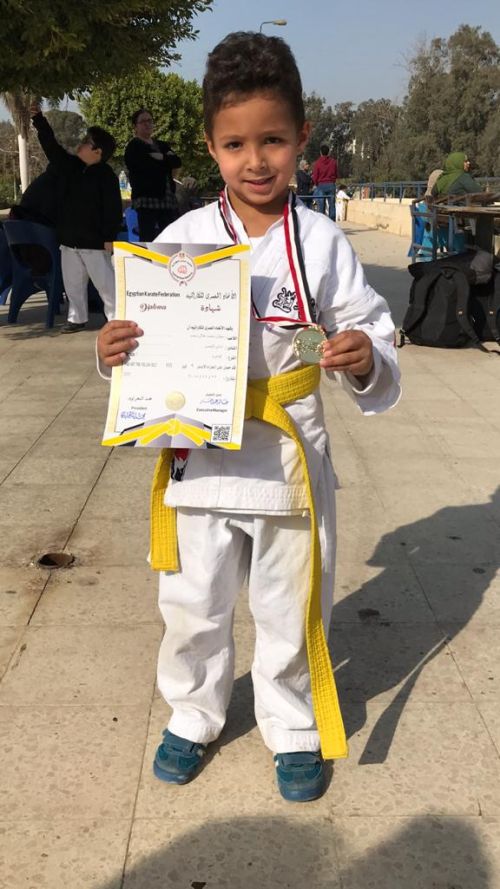 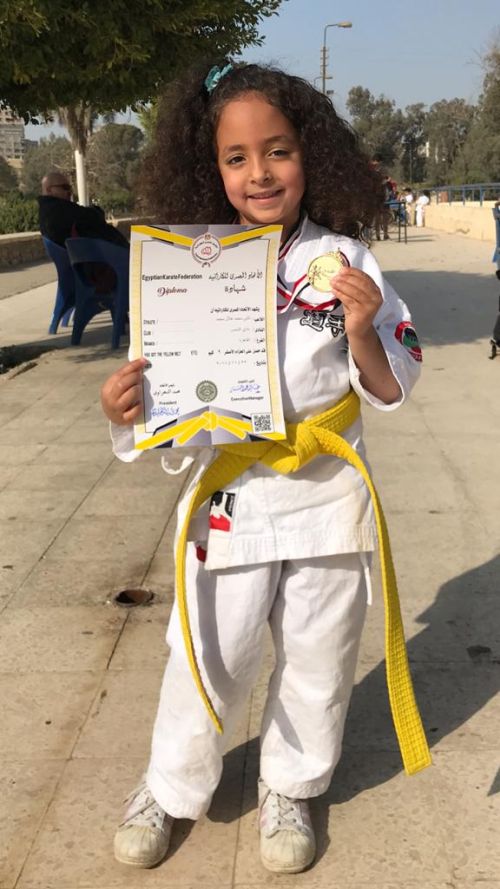 Well done Maria Lotfy who achieved second place, winning the silver medal at the republic gymnastics championship for girls, under 8 years 2019, under the supervision of the Egyptian Gymnastics Federation! 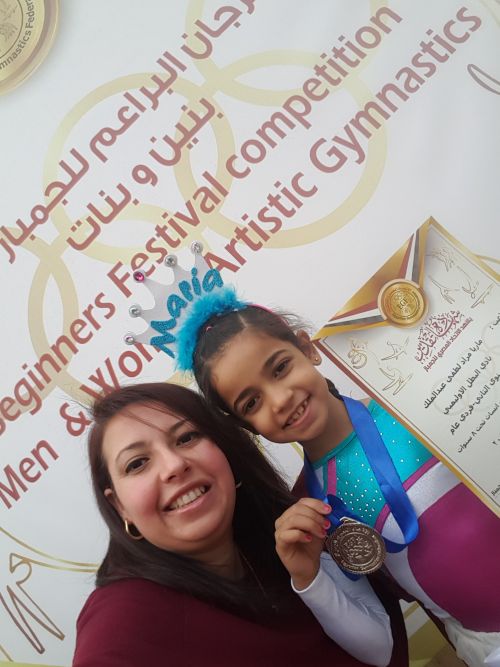 Great job, Taher Mahmoud Y2LM for his successful participation in the First Lego League Jr competition held at the American University of Cairo on February 4th. An engineer in the making! 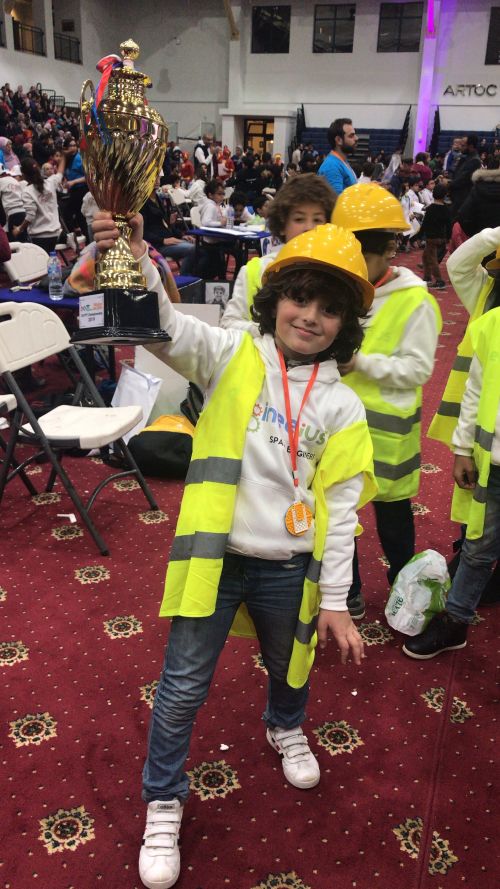 Excellent effort by Omar Mubarak, Y2MF, who achieved first place, winning a gold medal in a recent tennis tournament at the GUC! 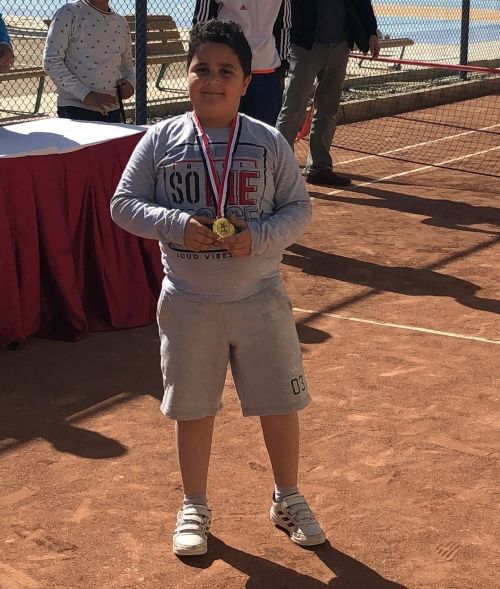 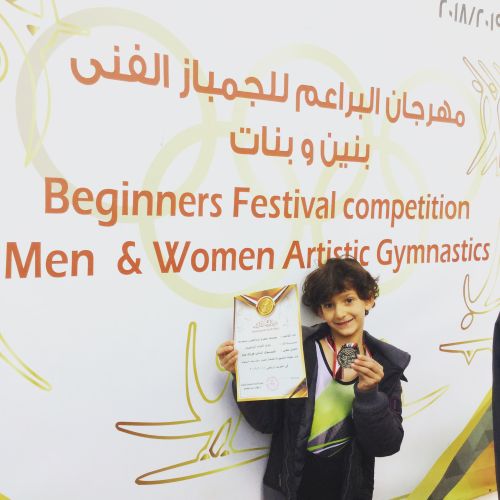 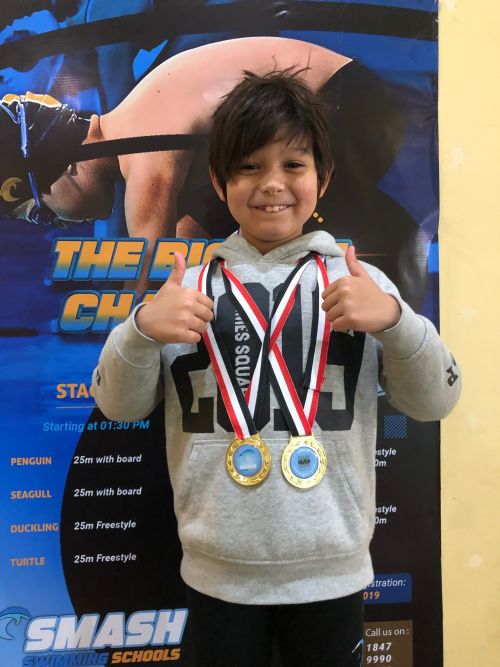 Many thanks from the FS & KS1 team!