<Back to News
News from the Early Years

Since starting back to school in September, all of the Foundation Stage have been focusing on the Characteristics of Effective Learning and how they underpin learning and development in Early Years.

Whether the children are playing and exploring, active learning or creating and thinking critically, we recognize that the way in which children engage with other people and the environment is vitally important.

Our FS assemblies have become a focal point for this new initiative and the weekly certificates now highlight the Characteristic of Effective Learning being demonstrated by the children in class.

We have seen 'Go for it Gorilla's', praising children who are willing to have a go at something they might find difficult, 'Creative Chameleons' for those who have independent ideas and 'Concentrating Crocodiles' rewarding children who can sustain attentive listening.

There are 10 different animals altogether and each week it is exciting to see which ones will be awarded. Using animal names makes it an accessible and child centred-approach to learning and it also encourages children to develop different learning styles and qualities.

There are two colourful display boards in the Foundation Stage corridor celebrating the Characteristics of Effective Learning. Each week the children who have been awarded a certificate have their photo placed next to the animal they represent with a speech bubble explaining how they achieved their certificate.

For some, the start of school-life can be daunting, and so we began developing the expectations for learning gently, easing children in. Surprisingly the children didn't take long to settle and were soon beginning to explore the classroom and participate in the activities on offer, with curiosity and eagerness.

We began by learning about our new school environment. This started with getting to know our peers and classroom teachers. We discussed rules and boundaries and together we devised our own set of classroom rules. We then explored the school focusing on the areas we would be visiting and using, such as the Clinic, Auditorium and the FS1 garden and its play equipment. We also got to know the specialist teachers in FS1 for Arabic, P.E, Music and the Library.

Our first topic was called 'This is me', in which we investigated ourselves: our family, our homes, what we can do, healthy eating and why we are special. During this topic in our Literacy we used the story of 'Handa's Surprise' as a focus story. The children were introduced to the concept of the different characters, sequencing events in stories and story maps. They really did enjoy this story and were soon able and confident enough to recall the story in their play, using character puppets and mark making.

We have already begun to learn about sounds and the importance of listening carefully through our Phonic sessions and been introduced to numbers and their shapes. 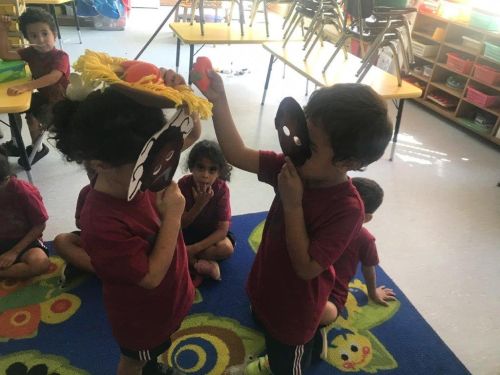 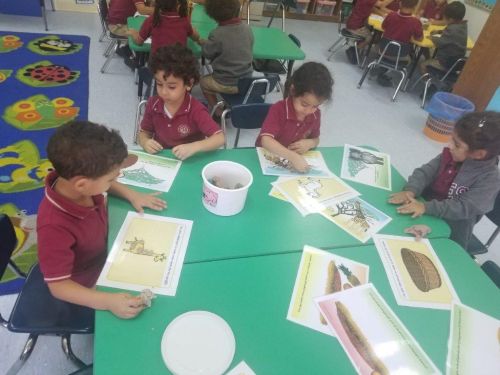 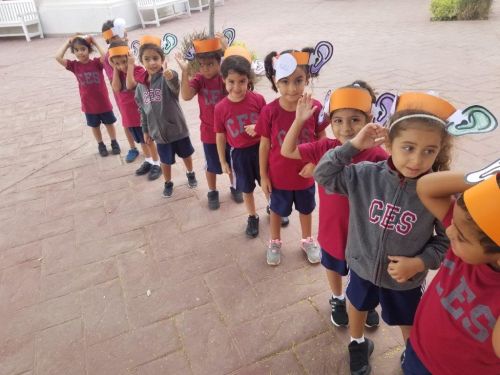 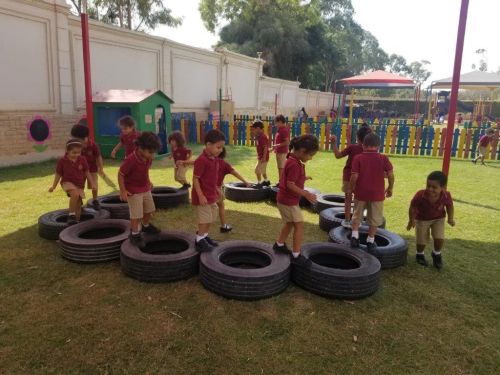 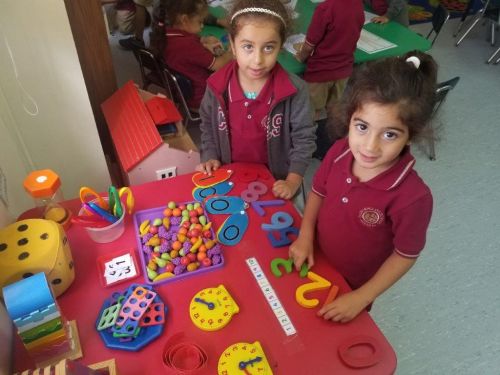 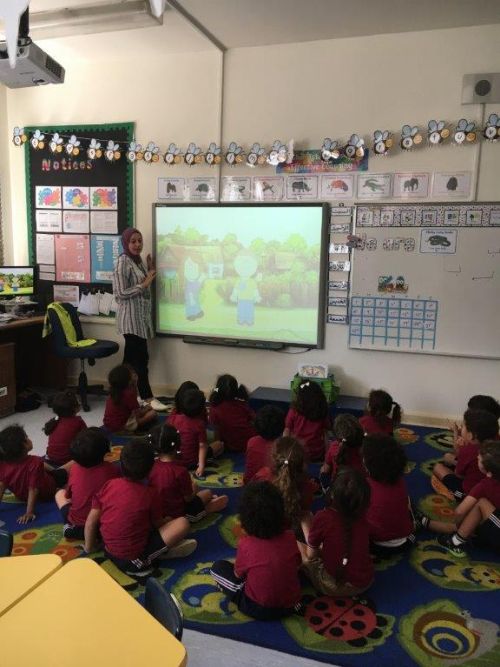 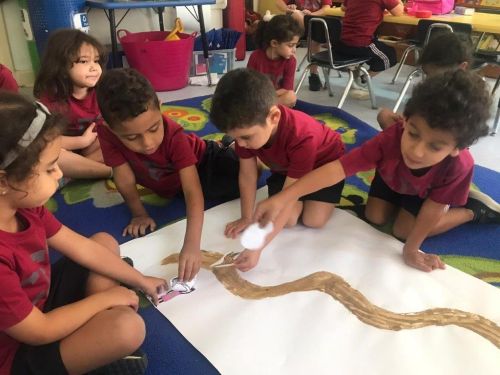 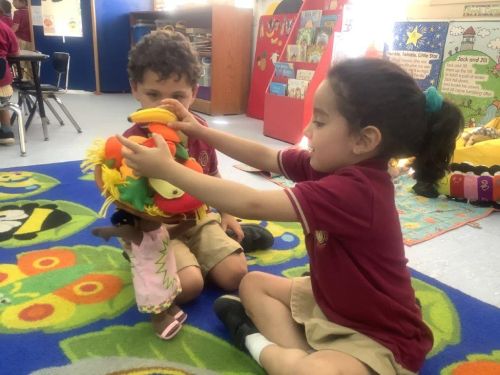 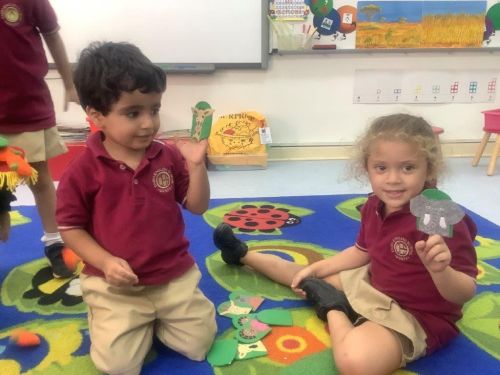 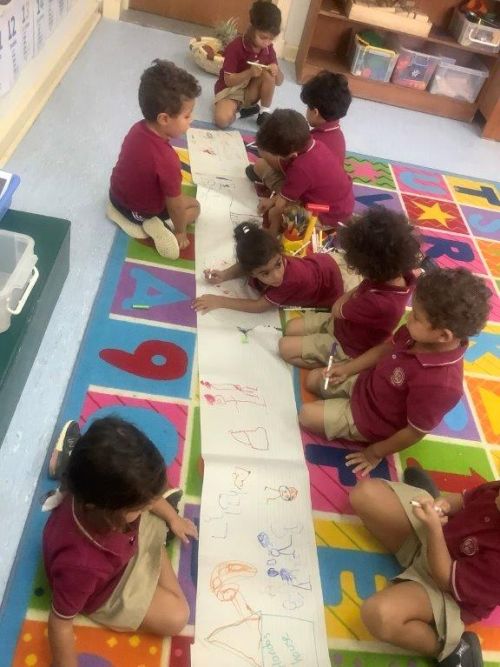 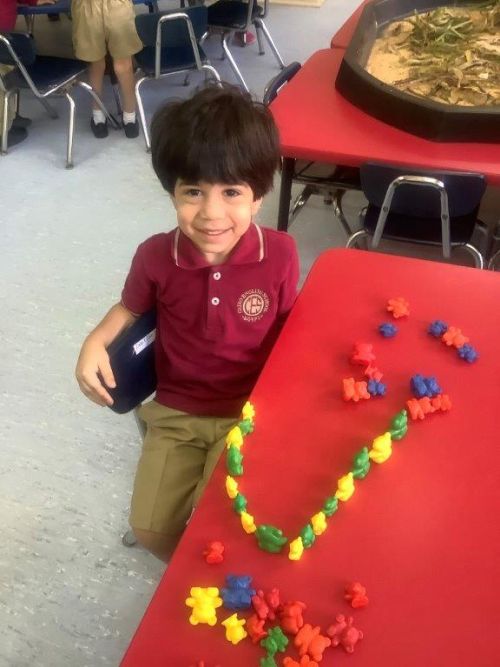 What's been happening in Key Stage 1?

The Guppies class have made a lovely transition to Year 1 involving many new and fun experiences. We have had a particular focus on 'talk' activities, building the children's capability to express and verbalise their point of view. It has been great to see this develop since the start of term. We looked at artists from around the world and painted tigers in the style of Henri Rousseau. We also explored our senses using our school grounds and linked them to beautiful poems. We are now preparing for our first Year 1 assembly where will join with the wonderful Rainbow Fish class, 1JA. We are really looking forward to it! 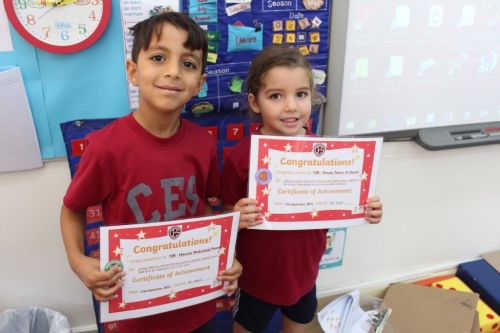 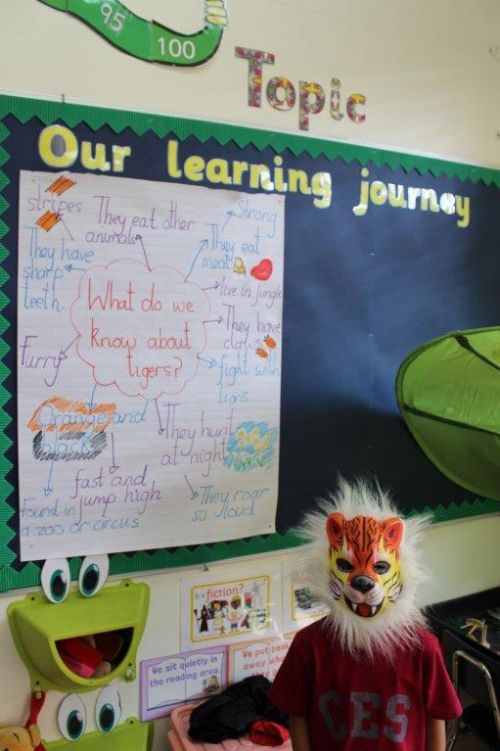 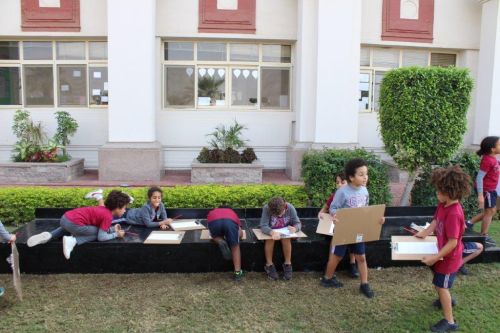 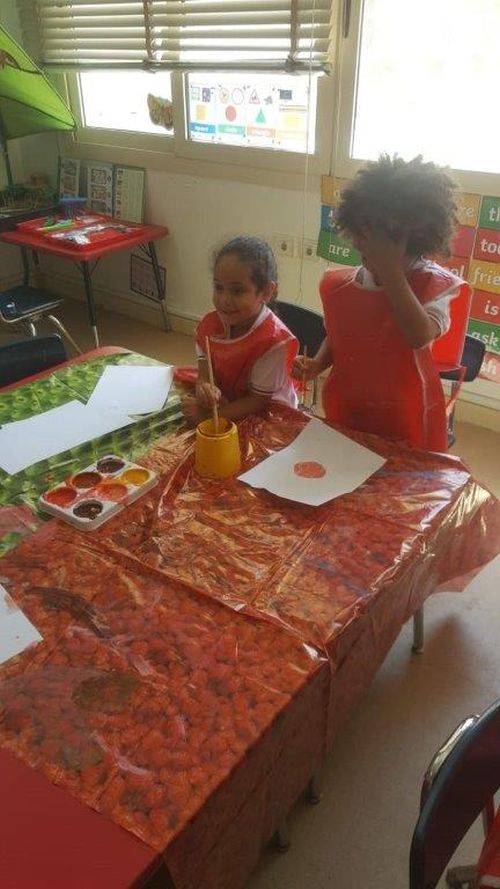 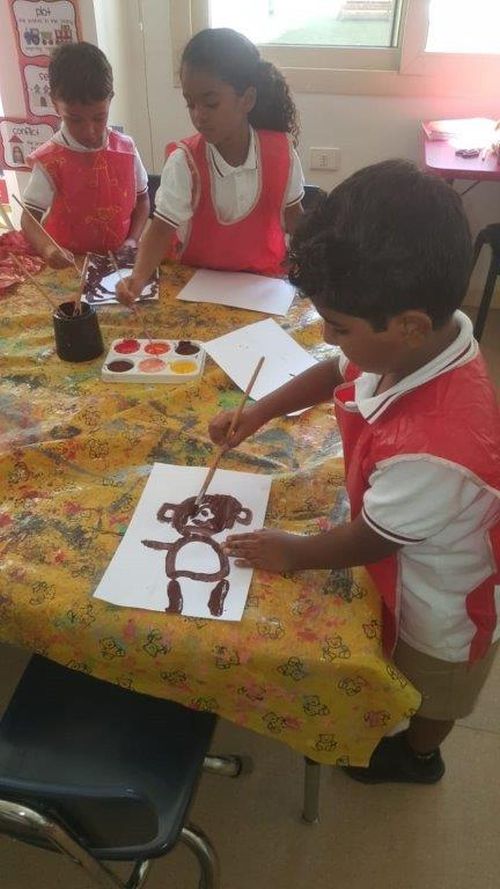 What's happening outside of school for our students....

Our Sporting Super Stars and more!

Well done to Hamza Yehia, Y2MF, who was awarded a medal for his participation in the Egyptian Tennis Association Official tournament for under 9's. 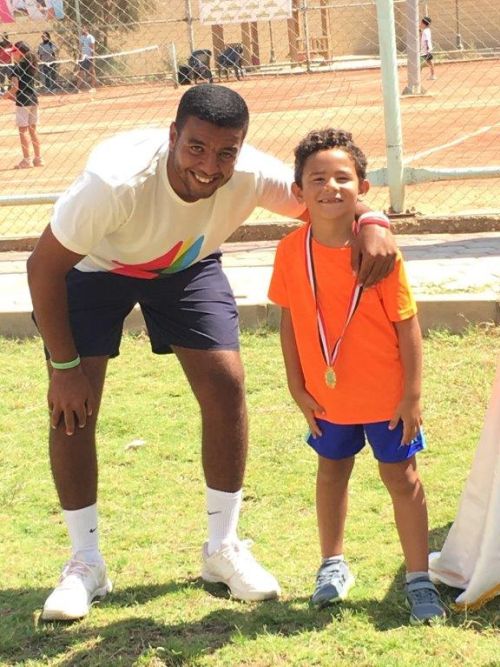 Congratulations Zeyad Sherif Kamal, 2AW for achieving a 1st place and receiving a gold medal in the recent National Gymnastics Competition for boys under 8 years old. 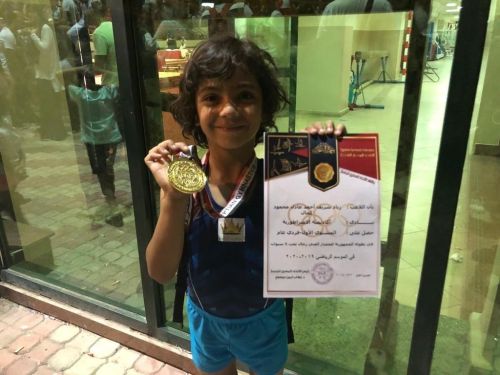 Great effort paid off for Layla Adham Serry Y1IM, who received a gold medal in the National Gymnastics Competition for girls under 7 years old. 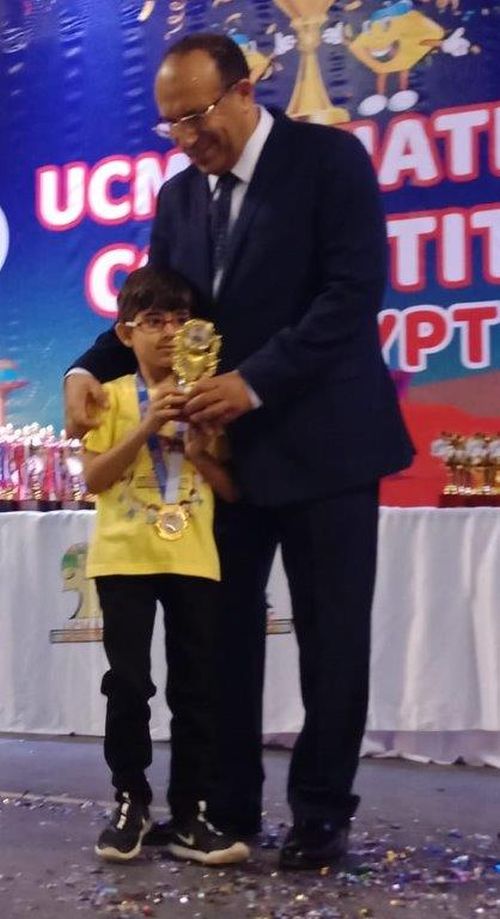 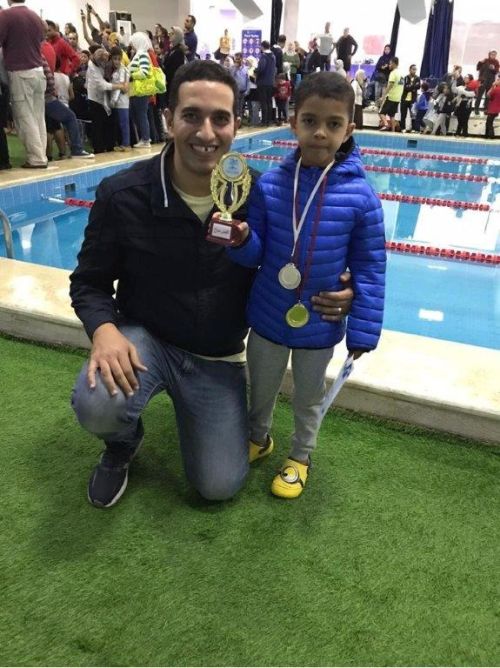 Super effort from Dana Ramez (Y1IM) who was awarded a gold medal at the Egyptian Gymnastics Republic Championship on October 24th. Bravo! 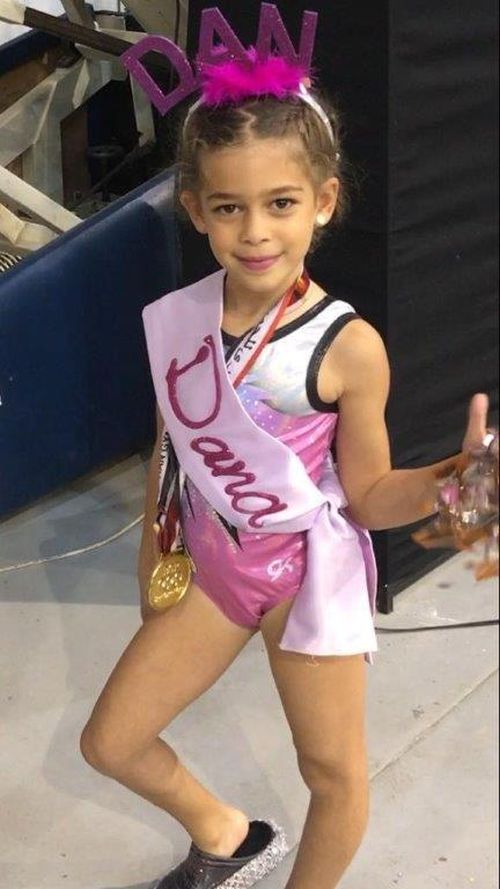